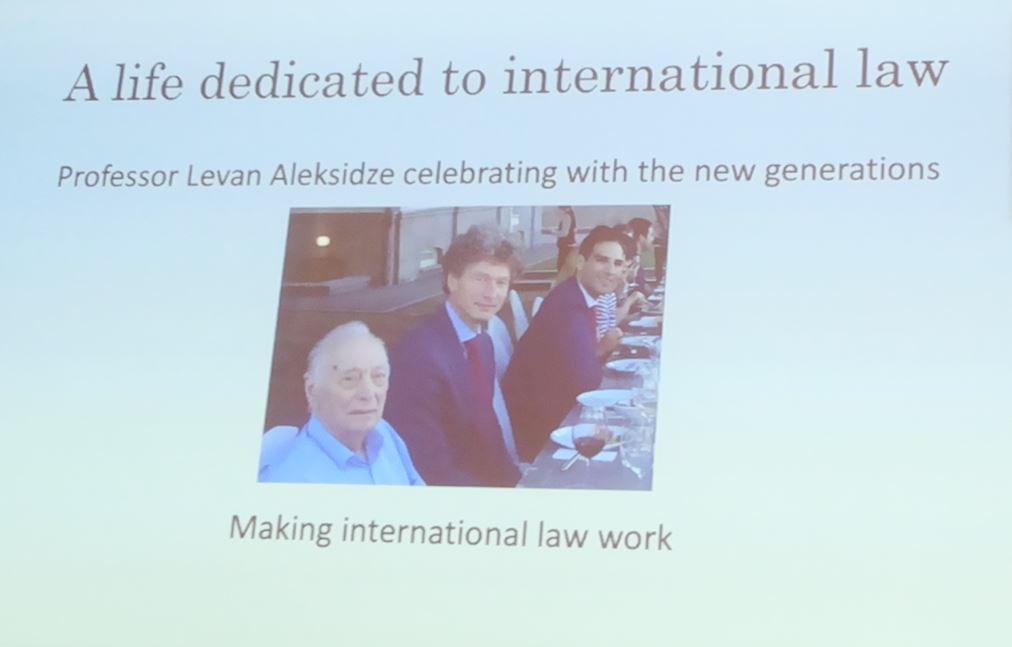 The inaugural Levan Alexidze lecture was led by Professor Rick Lawson, Professor of European Human Rights Law and a former Dean of Law School at Leiden University, on 16 December 2019.

The Levan Alexidze Lecture, the third of its kind, organized by the Levan Alexidze Foundation on 14 December 2020 (on Zoom due to the COVID-19 pandemic) was delivered by Teimuraz Antelava, former student of Levan Alexidze and presently Senior Advisor to IDLO, introducing the audience to the theoretical fundamentals of International Law.

The Levan Alexidze Foundation was established in 2019 after the passing away of the eminent Georgian scholar and patriot to encourage research and explore international law to strengthen democracy and to further human rights. Former students and closest collaborators of Professor Alexidze until his untimely passing away, established the Foundation and are the moving force in initiating, planning, organizing, and implementing all events with the valuable cooperation of the friends of Levan Alexidze from all walks of life and the young generation of Georgian lawyers.