The teams from the Universities from across Europe had to compete in written and oral rounds presenting their international law arguments in deliberations before the International Court of Justice on the following issues:

a. People fleeing war-affected areas and their protection needs.

b. The territorial integrity of a state and armed conflict.

c. Risks of Exploitation and Trafficking in Human Beings during forced displacement.

Following the submission of the written memorials the teams to participate in the final international rounds were identified.

The jury unifying diversity of professionals in different panels declared the team from the Riga Graduate School of Law a Winner of the Edition IV 2022 of the Levan Alexidze International Law Moot Court Competition.

A status of a Runner-up Team was granted to the team of the Bursa Uludağ University. 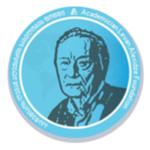