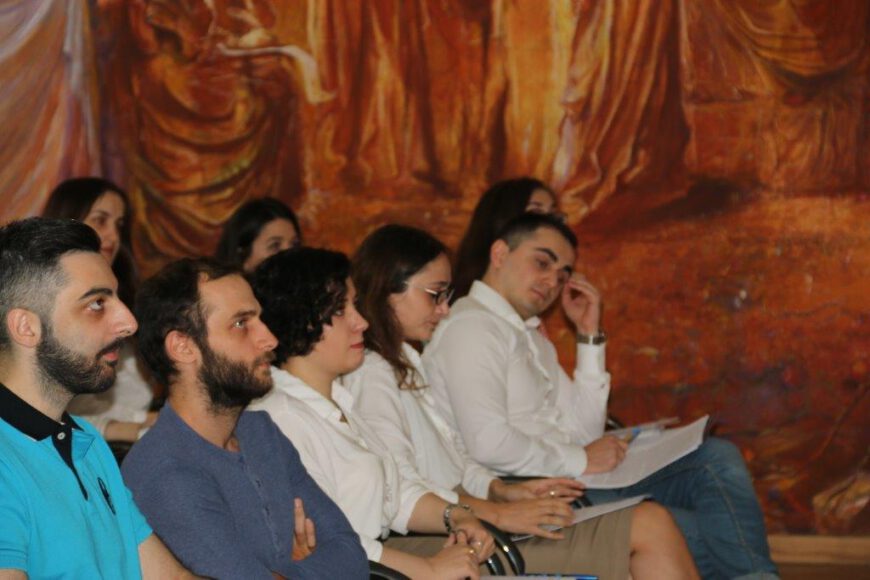 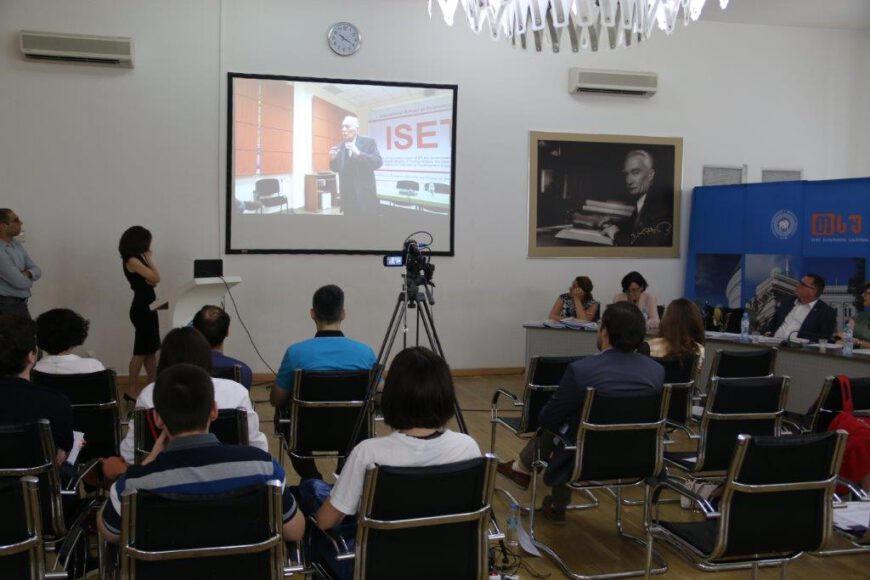 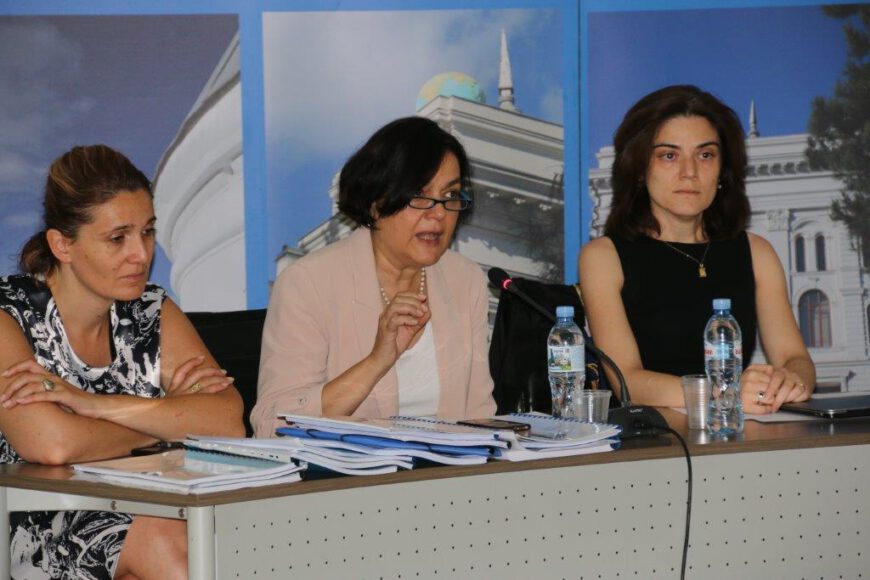 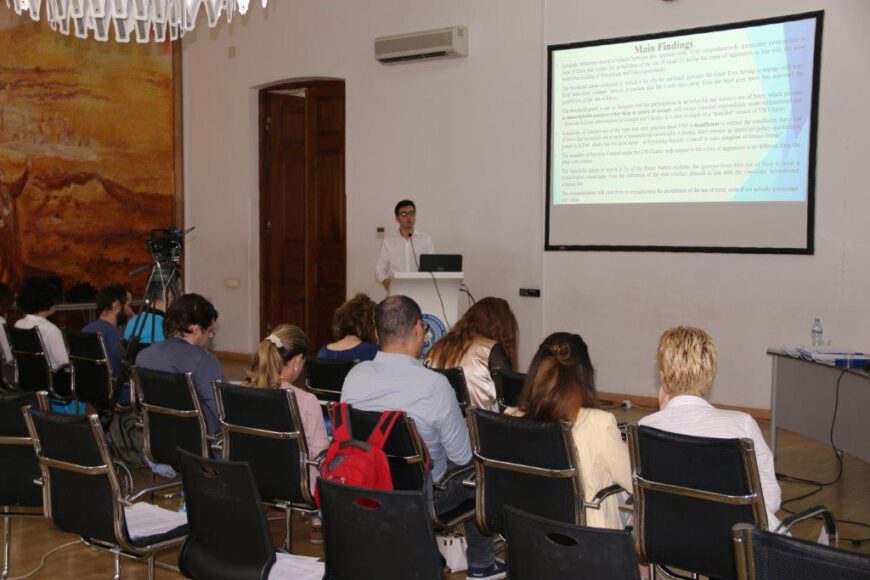 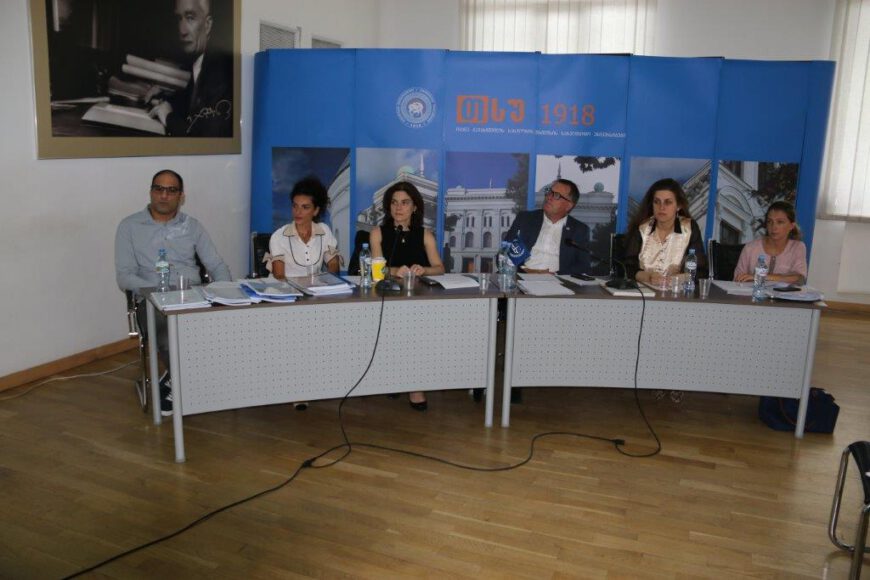 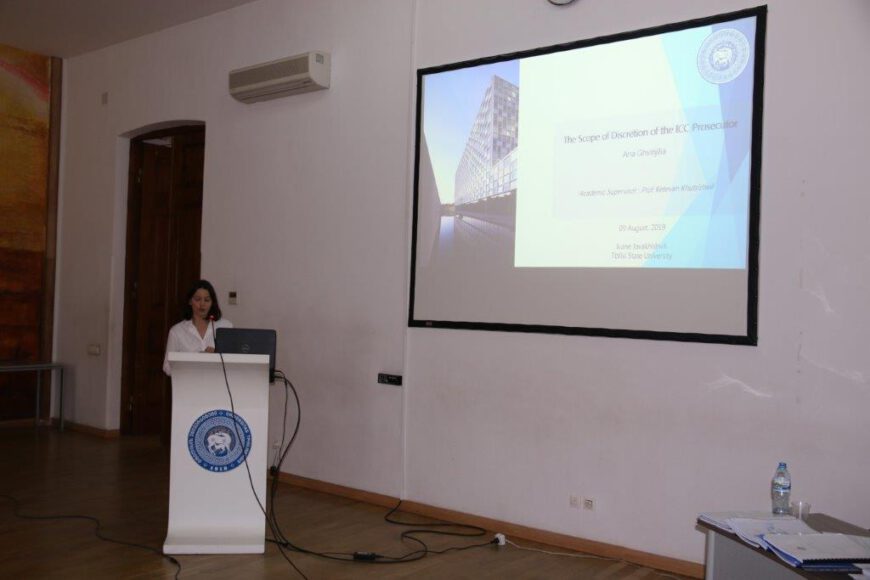 The opening ceremony of the Conference was attended by Vice Rector of Tbilisi State University Professor Nino Okribelashvili, as well as Deputy Minister of Foreign Affairs of Georgia Ms Khatuna Totladze and Deputy Mayor of Tbilisi Professor Maia Bitadze. Deputy Rector of TSU emphasized the very fact that Professor Levan Alexidze, Member of the Georgian Academy of Sciences was the founder of the International Law School in Georgia, which he consistently successfully developed. Professor Nino Okribelashvili moreover underlined the immense contribution by Professor Alexidze to the formation of Georgia a as a full-fledged member of the international community and to the advancement of legal education in Georgia.

The presentations and debate of the Conference featured topics as follows: Unilateral Humanitarian Intervention: Crime of Aggression under the Rome Statute? Legal Counselling by a Lawyer as a Basis for Individual Criminal Liability for Aiding and Abetting Commission of Crime of Aggression; Responsibility to Protect Doctrine in Relation to the International Criminal Law; Attacking Peacekeeping Mission – War Crime under the Rome Statute; Legality of Autonomous Weapons under International Law; Problematic Aspects of Imposing International Responsibility to Multinational Corporations for Gross Human Rights Violations; Burden of Proof for Excluding a Person from Refugee Status on the Grounds of Committing International Crime; Admissibility of Unlawfully Obtained Evidence before the ICC; The Scope of Discretion of the ICC Prosecutor; Transitional Justice and the ICC: Impunity or Peaceful Coexistence of Post-conflict Societies, Simultaneous Armed Conflict with Territorial State? Practical Consequences of the New Approaches in Conflict Qualification; as well as Legal Aspects of Projecting Investments during Armed Conflicts, etc.